We believe in establishing a NEW ISLAMIC PAKISTAN. This Pakistan shall be a true Islamic State based on the model of The First Modern Islamic State established by Prophet Muhammad (s) and his glorious companions. Men and women shall have equal rights to life and liberty. Christians, Hindus, Ahmediya and other non-Muslim minorities shall be treated with equal dignity and respect. They shall enjoy liberty with full freedom to celebrate and practice their Faith. These rights are enshrined in the Quran but were usurped by the ignorant oppressors and tyrants who deliberately mis-interpreted and mistranslated The Quran.

JANNAT PAKISTAN PARTY is the symbol of ISLAMIC RENAISSANCE. Islam shall rise only by the Establishment of Quran’s Social Order, Fi-Sabeel-Illah. Our Party denounces all human Sovereignty and embraces the Sovereignty of Allah. The party celebrates ‘One Law of Allah that governs the Universe’, based on which, food, wealth and resources of the land of Pakistan belong to Allah and must be made equally available to every citizen.Jannat Pakistan Party is committed to establish Islam’s system. We embrace Islam’s ideology and believe that it is the fundamental responsibility of The Islamic State to ensure that all citizens are granted an equal opportunity to develop their potentials.

The party celebrates that every citizen is a sovereign over himself, over his mind and over his body. Liberty, Equality and Rule of Law are the three cornerstone of the Party’s Manifesto. The Party believes that power shall never be exercised to restrain any activity of any citizen against his will except if he or she poses a danger to others. We believe that Liberty shall be the essence of the NEW ISLAMIC CULTURE. Liberty is The Sunnah of His Most Exalted Highness, The Syed-Al-Abrar , Prophet Muhammad(S) 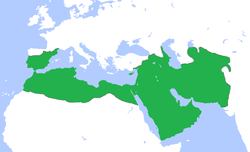 Their capital of Caliphate was Damascus. At its greatest extent, it covered more than five million square miles (13,000,000 km2), making it one of the largest empires the world had yet seen, and one of the largest contiguous empire ever to exist. They later established the Caliphate of Córdoba, which lasted until 1031.

“They were the ONLY SUPERPOWER. For 3 centuries, from Granada to Delhi, there stood The Great Islamic State. It was founded on the same principles of Liberty and Equality on which the United States of America is founded today. They gave equality to women, emancipated slaves, and the Social Security System of Ghafur-ur-Raheem guaranteed equal opportunity to every citizen irrespective of religion, caste, color and creed. Religious tolerance prevailed and a civilization flourished. The world harkens for such Peace today.”—Asarulislam 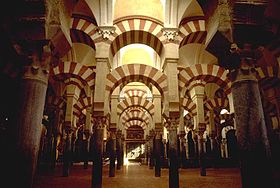 We promise to give Liberty to the People of Pakistan. We promise Liberty from social tyranny, liberty from feudal lords and we envision a Great Islamic Pakistan as a first building block for a global community.

We believe in Equality of Men and Women. Every woman shall have equal opportunity to work side by side with men in every field of life. There shall be no coercion and only those shall work who are willing to work. Regardless of whether anybody works or does not work, The State shall be responsible to provide everybody equally. This is the Promise of Jannat Pakistan Party. 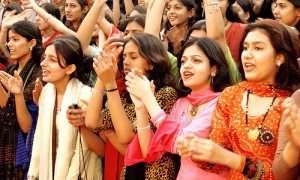 We believe in freedom of all religions and sects and in freedom of religious practices. However we believe in a Rule of Law and shall not permit any religion, sect or party to run a parallel government against the Government of The Islamic State. No individual shall have the Power to declare FATWA and any individual doing so shall be tried for Treason against the Islamic State for a crime punishable by death. We deeply realize that the glorious name of Islam and the glorious name of our beloved Prophet Muhammad has been disgraced all over the world because of the senseless FATWAS of these self-proclaimed scholars. We pledge to live under the Liberty of Kalima Tayyaba (La Ilaha ill Allah Mohammed Ar Rasool Allah) and We believe that there is no other Authority but Allah and the only Lawful Body that can issue a FATWA is the Parliament of the Islamic republic of Pakistan. We shall not permit anybody in Pakistan to exploit Islam to create disorder and lawlessness in the land. Pakistan has had enough of it.